Lajt was from the beginning a group of four friends that was formed in 2007 when we decided that w were going to travel to Russia and climb mount Elbrus. We had both as a group and as individuals been interested in outdoor activities for many years and we all lived in Umeå at that time and studied at Umeå University. Tobias, Victor and Stefan was studying computer science and Victor and Stefan knew Ellis (Eleonora) from the local scout group. After the exams the group split up because of workand ended up in different cities, but at the end of 2010 we decided it was time for a new adventure. We decided we wanted to go to Argentina and climb Aconcagua, 6962amsl. Ellis was not interested anymore so we needed someone to replace her. After some time we had given up finding someone and decided to gonly the three of us when Mattias sent us an e-mail and asked if he could join us.It only took one dafor him tod start planning the trip, booking his flight and take vacation. After that he had joined us for a trip to Jotunheimen he quickly became a great addition to our team. In the last camp on Aconcagua we met Anders, who quickly joined Lajt on several small adventures among Norwegian mountains, Swedish crags and also became a positive part of our team.

Our main activity is mountaineering, but we also do adventures and extreme sports in many different ways like skiing, climbing and mountainbiking. We always try to plan our expeditionsby ourselfs and perform our adventures without guides or other help. We always do our expeditions in “good” style and leave the mountains in the same shape as when we arrived. We prefer longer and more untraveled routes up the mountains and prioritize experiences in the form of beautiful nature and cultural meetings instead of just trying to reach the summit as quickly as possible.

I grew up in south of Sweden, but moved up to Umeå for University studies, where I met the rest of our group. I have a bachelor degree from Umeå University and is now living in Oslo, where I work at RiksTV. I am interested in all forms of outdoor life, summer and winter activities. The winter/spring of 2004/2005 I spent in Chamonix, France where I was devoted to snowboarding, ski touring and climbing.Other interests I have is to travel and spend much of my spare time to travel both long and short.

I am born and raised in Umeå. Moved down to Gothenburg in the summer of 2009 with my girlfriend after we spent 5 months in Sydney cause she is born there and it’s a bigger city with better job opportunities. I have studied computer science at Umeå University and right now I’m working with a big Japanese company named SATO. I love all forms of outdoor activities but especially hiking/climbing on mountains. I also enjoy traveling a lot and like to combine those two if possible.

I live and work in Oslo as many other Swedish people. I work as a Java programmer in a small company called Capra Consulting. When I’m not at work, which I am a bit too much, I’m doing a lot of training. I like to train anything that’s related to outdoor activities, maybe with an exception for swimming. Kayak, hiking, terrain cycling, running and skis are popular activities, but right now it’s mostly running and terrain cycling. When I’m not at work and training, I try to get sometime to be with my friends and girlfriend.

I am a happy and positive guy from the area of Östergötland and am 30 years old. After five years of study to become an agronomist at the Swedish University of Agriculture and six month as an exchange student in Scotland, I have ended up in Örebro. I now work as an engineer in biological treatment.I bought a house outside Örebro that I slowly am renovating. After the job, I also spend time at the gym, the pool or running track. When the time is free I like to travel to new and interesting places. Cold or warm place is less important. And while life is for living, the more adventurous the better it is!

Lajt was from the beginning a group of four friends that was formed in 2007 when we decided that w were going to travel to Russia and climb mount Elbrus. We had both as a group and as individuals been interested in outdoor activities for many years and we all lived in Umeå at that time and studied at Umeå University. 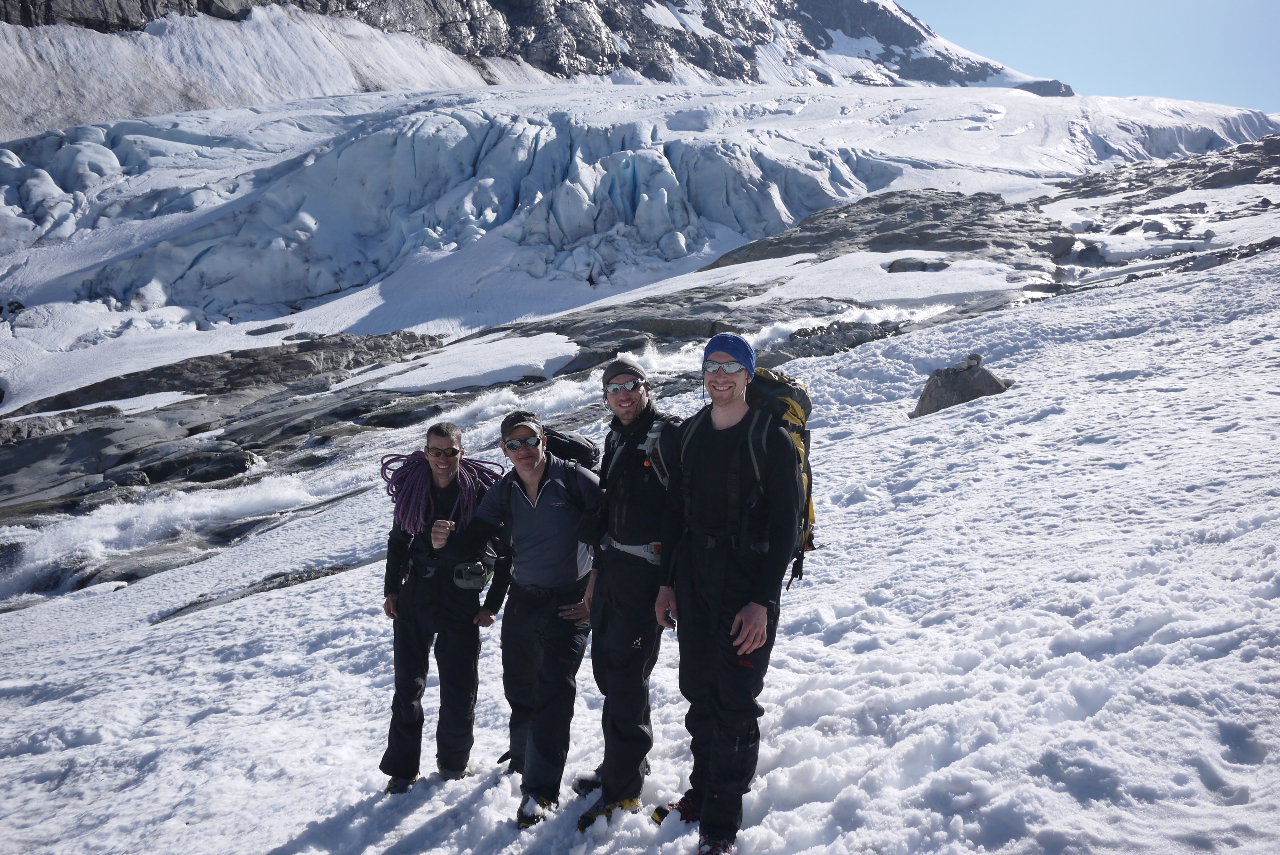